What Are The Benefits Of Plating Technology? 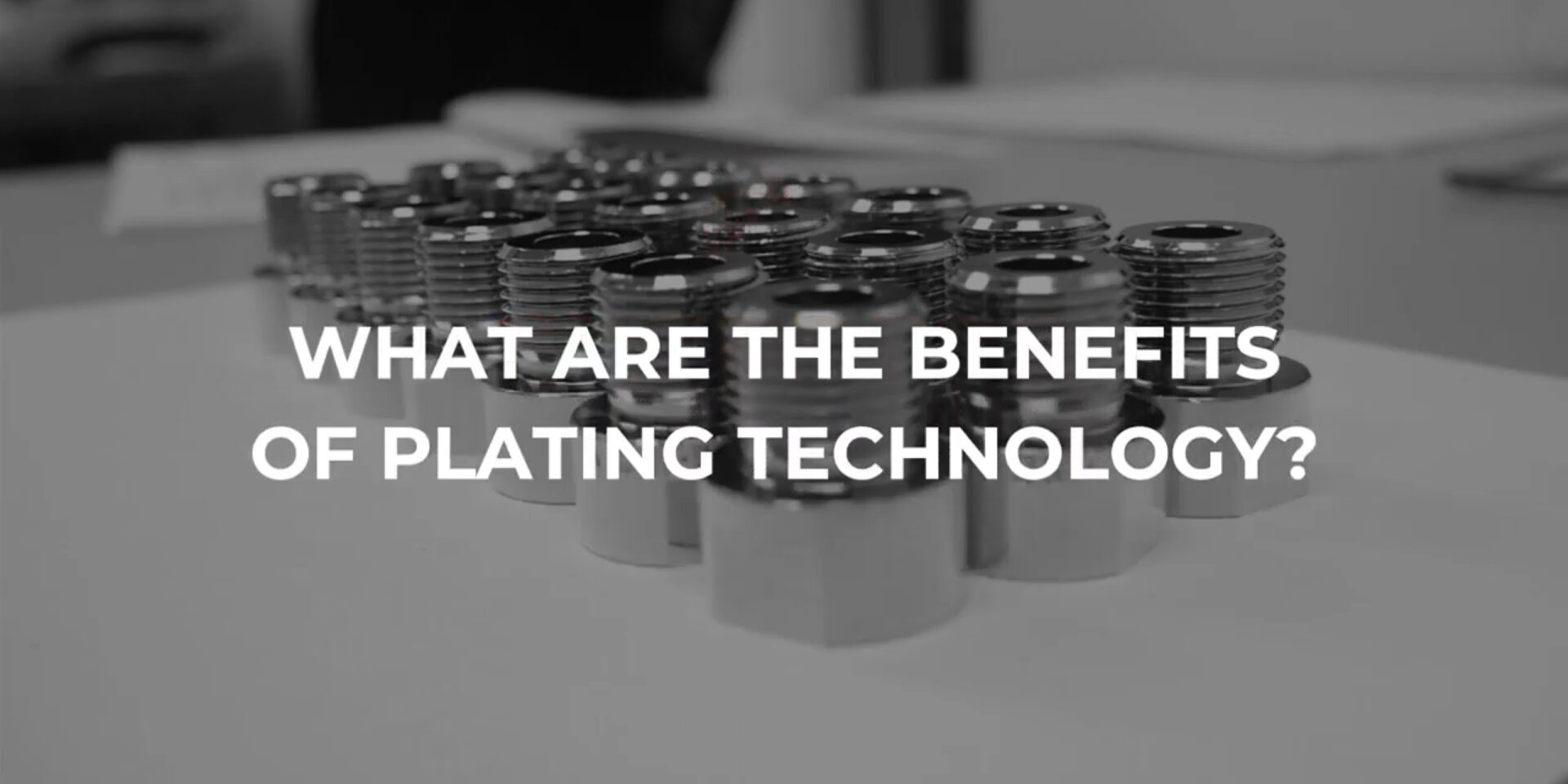 A: Plating technology benefits are improved corrosion resistance as well as increased durability and strength. It makes the parts more appealing to the eye and it also reduces friction.

Plating, as covered in our last blog is a process used to envelop the surface of a metal component with a different metal. Metal plating effectively changes the properties of the material being used as the base—changing the qualities of the final product.

Understanding how plating technology impacts your workpieces means looking at the pros and cons of plating. The plating process takes time and attention to detail to be done correctly. Plating technology is not a mundane task—it’s very scientific and takes a significant amount of skill.

Why Use Plating Technology?

So, if plating is so time-consuming, and requires so much precision and skill—why plate anything at all? Well, because there are quite a few benefits of plating technology that improve the qualities of the objects being plated:

Electroplating is a term you’ve likely heard of because it is the most popular method used in plating technology. This method involves using an electrical current that dissolves ions (metal particles with a positive charge) into a chemical solution. The particles, due to their positive charge, will adhere to any negatively charged material being used. The material to be plated is immersed into the solution and the dissolved ions adhere to the surface. This creates a uniform coating that completely changes the surface of the material from what it once was. Electroplating can include several steps and processes to achieve the final product.

These steps may include:

Electroplating is used for creating protective coatings, embellishment, or altering the properties of a material used in engineering. The benefits that come with electroplating is improved physical, chemical, and mechanical properties of the material when machined. However, it can also be used to build up smaller items making them easier to machine. It’s also beneficial for increasing conductivity, reflective properties, and solderability.

Electroless plating is exactly as it sounds—plating without the use of external electricity. Rather, it relies on a chemical reaction to plate the material. In this form of plating, the solution of metal particles is mixed with a reducing agent. This converts it into a metal solid when it comes into contact with a catalytic metal. This triggers the chemical reaction, which results in a solid layer of plating bonding to the metal.

Electroless plating, also called autocatalytic plating is less expensive since it doesn’t require external electricity or plating baths. It also makes it good for many different sizes and shapes of materials. However, it’s also a slower process and cannot create plates as thick as electroplating. It is also more difficult to control the quality compared to electroplating.

The most common form of electroless plating uses nickel, but silver, copper, and gold are also used sometimes.  Although the process is slower and not as uniform, it does protect base metals from corrosion. It too, can build up a piece, and increase solderability, conductivity, and reflective properties like electroplating.

Immersion plating is a process involving full immersion of one metal into a solution of metal particles of a more noble metal. A noble metal is a metal that is resistant to chemical action, will not corrode, and is resistant to most acids.

In this immersion, the particles from the nobler metal such as gold, silver, or platinum are drawn to the less noble metal. This coats the base metal with a thin layer of noble metal particles. This is a slower process than electroplating and it can only be used to plate less noble metals with nobler ones.

Immersion plating does have limitations as it can only result in a thin coverage of plating and can achieve no more. It also has a weaker adhesion trait, meaning the plating doesn’t adhere to the metal as firmly as other methods. However, that limitation aside, it still adds corrosion resistance, better conductivity, and torque tolerance among other benefits.

Which Metals To Use For Your Project

Not all metals are suitable for plating objects for your application. You will need to know the demands of your project and any special considerations.

Gold is a noble metal, so it is resistant to corrosion and oxidation and is the least reactive of any metal. It also does not react to oxygen so; it is resistant to tarnishing and rust. Getting a uniform and even thin coating of gold is critical. Even the slightest pinhole area of missed coverage will result in corrosion. Since current stability is important in premium electronics, gold is used heavily due to its conductivity traits.

Silver is also not quite a noble metal but it’s very close. However, it can be pitted by sulfur which can cause deterioration on the surface. Silver, as mentioned, is the metal that is the most conductive and is used heavily in electronics above all other metals. While not as expensive as gold, silver is still quite costly for industrial applications.

Tin and nickel aren’t noble metals; far from it. However, they still have great corrosion resistance, so they are used often. They are referred to as passive metals as they get corrosion resistance because of a thin film of oxide on their surface. However, it is also notable that tin and nickel can be vulnerable to open pores if the plating is not layered densely enough.

Hopefully, we didn’t bore you and gave you some better insight into the plating industry and how it can benefit everyone. If you have more questions about how we can help you with any of your projects, feel free to contact us today!