Why Is Plating Done? 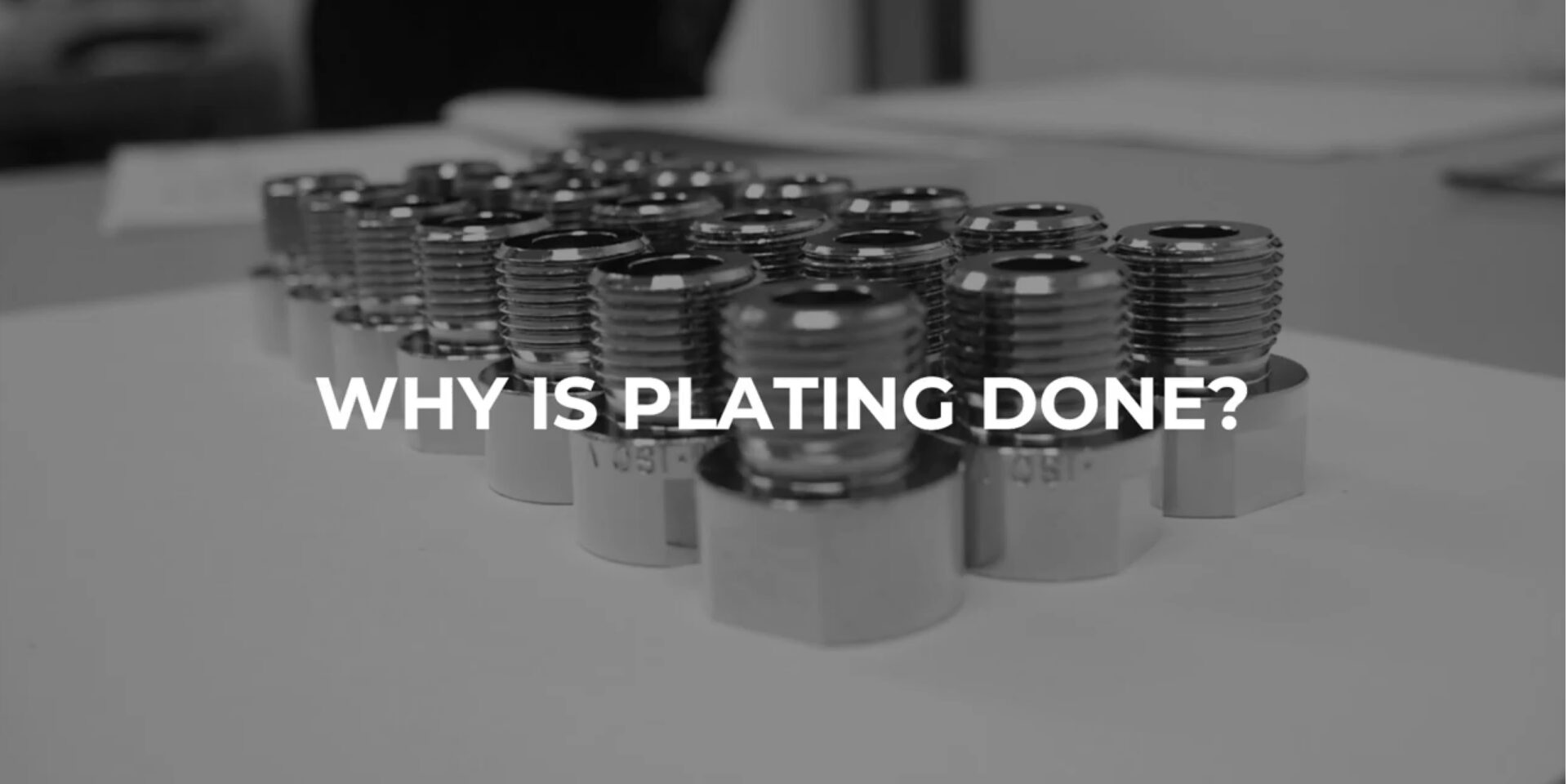 A: Plating is done to improve corrosion resistance on different metal parts it’s also used to reduce friction on them. It’s used to make them look better. Also, it’s used to improve conductivity and other different things the customer may want.

While there’s no such thing as the “Midas Touch”—turning anything you touch into gold—there is plating. It might be the next best thing though. Especially if you need the material you’re plating to have qualities it doesn’t inherently possess. Now, there are different types of plating, but the one major one we’re talking about today is electroplating.

The idea behind electroplating is to use the abilities of electricity to encase a relatively basic metal such as copper in a more precious metal. Gold and silver are some of the most common metals to plate with. Although they are quite expensive metals, the amount used to plate is very minimal.

Electroplating is generally used to achieve a few main objectives:

Plating for decoration is probably what most people are more familiar with rather than the other objectives. As mentioned, metals like Silver and Gold are used to plate jewelry made of cheaper materials. Additionally, decorative plating is also abundant in the automotive industry on many parts. You will also notice plating used heavily in many home interior decorations and fixtures. In fact, let’s dive into some of these applications and the metals used.

It’s hard to buy a car without it containing some chrome plating on it somewhere. Whether it’s chrome-plated bumpers, emblems, or trim—chrome makes vehicles pop. It adds a certain luxury that dull plastic just can’t match. Ironically, many chrome-plated automotive parts—are plastic.

Yes, even plastic can be plated and automotive trim and buttons or accents are no exception. Chrome-plated components are easy to clean, shine up well and add appeal.

The name “chrome,” comes from the metal used to plate the items—chromium, and no, it’s not the dangerous Erin Brockovich kind of chromium.

Electroplating is by far the most often used method to add protection to base metals. When we say protection we’re usually talking about corrosion. Corrosion is the number one threat to anything constructed of iron or steel. It happens due to a chemical reaction that happens when moisture and the atoms in metal come into contact.

It’s not a minor problem either— corrosion is a serious issue that can decimate a $1.2 million bridge, or cause an appliance to fail. When plating for corrosion protection, nickel, zinc, or zinc-nickel alloy is used—especially in the automotive industry as well as:

Plating in order to prevent corrosion is prevalent in just about every industry you can imagine. It is a wide-open field where everyone needs the service.

There are many enhancements that plating can offer for a wide variety of components. It can boost the strength, solderability, and even electrical conductivity of your base metal. Of these benefits, the reason most actually get plating is to enhance conductivity.

Electrical conductivity is a measurement of how well a substance will carry an electric charge. The value of conductivity is expressed as “percent IACS” (International Annealed Copper Standard). Annealed copper for example is at the top at 100% IACS. It’s important to remember that all metal’s percentages are determined based on how they compare to Annealed Copper.

The higher their percentage, the better the base material is at accommodating electron transfer. The lower the percentage speaks to the material’s insulative qualities.

Here’s a look at IACS percentages for some routine base materials:

These base materials can be plated with different metals to stunt their conductivity or enhance it. Finishes can include:

How Does Electroplating Work?

Electroplating involves the use of electrical current being sent through a solution called an electrolyte. This is accomplished by submerging two opposite terminals called electrodes into the solution. Then, an electric source—be it a battery or power supply is used to connect them in a circuit.

However, it’s not that easy. The materials the electrodes and electrolyte have to be the proper kind for the application being used. When the current flows through the circuit the electrolyte splits and deposits a very thin layer on one of the electrodes. That electrode is now electroplated.

The process when described seems like it’s instantaneous but it actually takes a while for the atoms to build up on the electrode. How long that can take is dependent on the current strength, and the concentration of the electrolyte solution. An increase in either of these factors also increases the speed at which the process moves along. As long as you have ions and electrons in the solution, the current keeps moving and the plating continues to accumulate.

Metals of all varieties can be electroplated—zinc, copper, cadmium, platinum, and many others. Each base metal combined with your chosen plating will have its own distinct properties.

How Thick Is Electroplating?

Whether you’re plating for decoration, protection, or enhancement, the thickness of the plating layer is important. The thicker the plating the more durable and long-lasting it will be. However, even the thickest plating is still relatively thin.

Most plating is done at a thickness anywhere between .5 microns to about 20 microns. That translates to .0005 millimeters to .02 millimeters. Do you want to put it in perspective? Your average sheet of aluminum foil sits somewhere in the middle at about 10 microns. So, that just goes to show you the value that such a thin layer of electroplating can offer.

What Can Guerrero Plating Technology Do For You?

Plating is a valuable process that can add protection or enhancements to many components in just about every industry. What can we do for your business? Contact us today and find out!

What Are The Benefits Of Plating Technology?
January 20, 2021